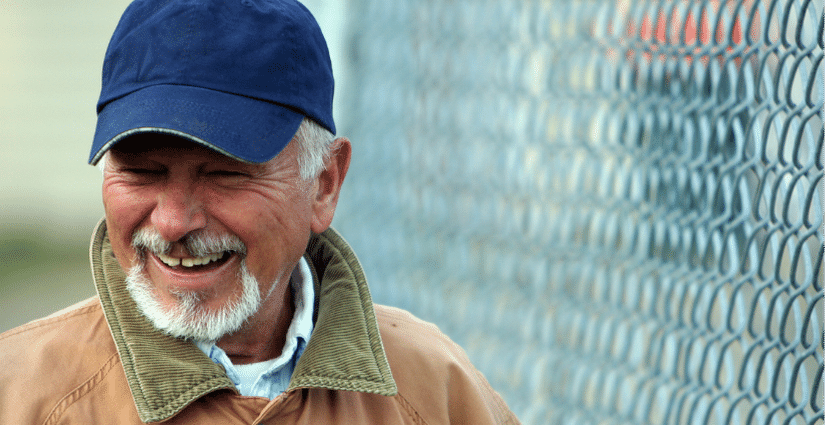 Laughter – Good For the Soul

By: OSWM
In: Behind the Wall, Resources
Tagged: L3-30
With: 0 Comments

Some time ago, I served as a Christian in a very dark place – in prison, as an inmate, a place virtually devoid of joy and laughter. A pall of pessimism permeates prison walls like a thick cold fog. It diminishes joy and light until, like the proverbial frog in the kettle, many become trapped in an ugly state of hopelessness.

Laughter and joy are gifts from God and exceptional evangelism tools that can be used for God. Scripture notes, “there is a time to laugh” (Ecclesiastes 3:4). In a world where there is a crisis of cheer, a little joy can impart hope and open doors to share the Gospel.

I’ve spent decades studying Scripture, evangelism models, and witnessing techniques. But in prison, and I venture to say, in most mission fields where there is little light and hope, the most effective way to open doors to share the Gospel is to spread joy. In prison, if you can smile or laugh, or even better, help others to smile and laugh, you can cross formidable barriers and minister to the unreachables.

Though this may sound strange, in prison, it is rare for an MS-13 or Aryan Brotherhood gang member to speak with someone who is not a member of their gang – someone “outside their car.” Indeed, there are often harsh consequences for those who do. However, I have done it, not because I am impressive, but because I have an inner peace and joy that some find curious.

In prison, I met a man I’ll call Fred. His cell was next to mine. Fred is a man with a good heart but resistant to entering into spiritual conversations. Fred is also an active gang member. I mention this because in prison, according to an unwritten code, if a member of your gang (car) asks you for something, and you have it, you must give it.

Now Fred is a good guy but known to be frugal, if not miserly, particularly when it gets close to the next delivery of commissary items. I should explain for those unfamiliar: Many prisons only supply the most basic of needs. Inmates must supplement their food and hygiene supplies, at their own expense, via bi-monthly orders from the commissary.

Toward the end of each commissary ordering cycle, most inmates are low or out of supplies such as coffee, shampoo, soap, or snacks, and a sort of barter system develops. Inmates generally share their last few items with others in their group, but not Fred. In short, Fred did not like to share.

One day, when I was looking for an opening to discuss spiritual truths with Fred, one of his fellow gang members, who was housed on the tier directly above us, yelled to Fred, “Hey Fred, are you there?”

It was a funny question. Where else would Fred be? Soon I realized the man above wasn’t asking if Fred was there; he was employing a common tactic to initiate a request for food. Fred recognized the probable request for food coming his way and did not immediately answer. But, Bull, the man above, was not deterred and called out again.

Fred felt compelled to answer and did – short and to the point. “Yeah.”

Bull introduced his request by asking a preliminary question, “What are you doing?”

Fred brightened, seeing a possible escape from his dilemma. You see, in prison, men are excused from complying with the “ask” if they are busy exercising or reading. I find it interesting that reading is an acceptable excuse; I am unsure why. Perhaps it is considered a task that requires incredible powers of concentration, which, once summoned, should not be disturbed. In any event, taking full advantage of prison traditions, Fred replied, “Bull, I’m reading.”

Bull realized his tactical error in not directly asking for food and muttered a word rhyming with ham. But knowing Fred’s general disinterest in books and propensity to guard his prized possessions, Bull decided to inquire further. “Fred,” he pressed, “just what are you reading?”

Bull was clearly throwing down a gauntlet. I moved close to the bars in front of my cell to better observe what was becoming an interesting, if not entertaining, situation. It was like watching a baseball player caught in a run-down between two bases. The odds are always against the runner making it safely to base, but you must keep watching to see how things unfold.

It quickly became apparent that Fred did not expect, nor was he prepared for, a follow-up question; he began to panic. Looking for any high ground, he finally exclaimed, “I’m reading the Bible.”

I smiled at Fred’s shrewd move. Interestingly, in prison, it is poor form to make disparaging comments about someone’s momma or the Bible. So, with that answer, Fred deftly moved out of check and danger. I sensed Fred’s relief, but it would be short-lived.

Bull was well aware that Fred was not what anyone would call a spiritual man. So, Bull boldly pressed further. With a voice growing ever more skeptical, he queried, “What are you reading about in the Bible?”

There was now growing interest in the conversation on the cell block. In this game of cat and mouse, the advantage had shifted once again to Bull. Miraculously, so it seemed, Bull had outmaneuvered his opponent. Here is another prison inmate rule: If someone is asked for food by a group member, and through deception, avoids giving it, all of the food owned by the person who received the request is forfeited. So, the stakes were high, and once again, Fred was on the ropes.

My neighbor Fred desperately searched his memory for a Bible story – something, anything he could use to respond correctly to Bull’s last question. Somehow, Fred grasped a fragment of a childhood memory. He remembered his mother telling him something about a man with many brothers and a multi-colored coat. He quickly and proudly called out, “Joseph!” Very pleased with his keen mind and nimble play, Fred added, “I’m reading about Joseph in the old part of the Bible.” Bull (and many listeners) were stunned. Fred had amazingly avoided being cornered by Bull’s severe line of questioning. It seemed that Bull would have to admit defeat and drop the issue, along with his hope for food. But to the surprise of all, Bull followed up with a question designed to be so difficult the tables would certainly turn once again, and Fred would have no choice but to surrender all of his spoils. Not knowing the answer to the question himself was not important – the objective was to show Fred to be an uncouth avoider of the ask.

So Bull played his trump card and pointedly asked, “If you’re really reading the story of Joseph, tell me, just where in the Bible is that story?”

Voices quieted across the tier. Surely, Fred’s house of cards was about to come tumbling down. But seeing an opportunity to garner favor (and an opportunity for a spiritual conversation), I whispered to my neighbor, “Say Genesis chapters 37-50.” Immediately Fred called out, “Genesis, 13, 7, and 50!” Close enough.

A few cheers went up as many affirmed there actually was a book in the old part of the Bible titled Genesis, so Fred must have been right. Amazingly, Fred avoided catastrophe. Bull reluctantly relented.

Seizing the moment, I quickly said to Fred, “So, how about you and I talk about this Joseph, today at 2 pm? I think his story is very interesting.” Knowing he was in my debt, Fred agreed, albeit a little begrudgingly. He grumbled, “Just what makes his story interesting anyway?”

I responded, “Well, for one thing, did you know that Joseph was in prison for about 20 years, and after that, went on to accomplish great things in life?”

That piqued his interest. “Really?” he asked.

Later that day, Fred and I talked through the bars of our cells about an imprisoned Joseph, who, with the Lord’s help, overcame, forgave, and finished well for the glory of God. A little knowledge and a little humor opened the door to plant seeds of faith and share words of truth and hope. The talk ended with Fred reaching a hand through his bars and toward my cell next door. I took his hand and could feel his smile.

Pessimism is contagious, but so is laughter. Let laughter and its sisters, joy, and hope, lift you above the ugly and create opportunities to be a witness for Him.