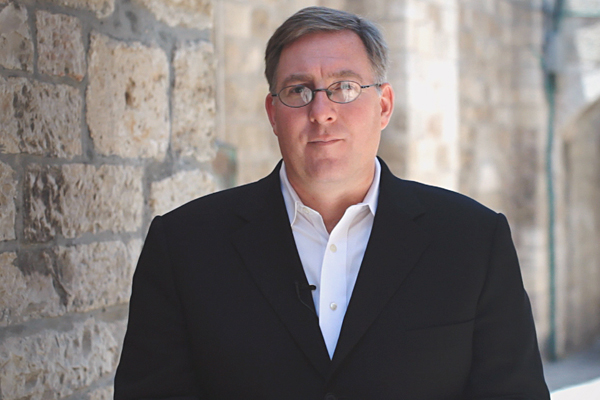 By: wmseadmin58
In: A View From the Wall, Resources
Tagged: Home-532, L3-472
With: 0 Comments
A View from the Wall with Joel Rosenberg
Now that the U.S. and NATO allies have left Afghanistan, the big question is, what’s next?
Joining us today to answer that question is author of Enemies and Allies, Joel Rosenberg. The book invites readers to join Joel as he holds closed-door meetings and exclusive interviews with some of the most controversial world leaders of our time.
Joel C. Rosenberg is a New York Times best-selling author of novels and non-fiction books, with nearly 5 million copies sold. His latest novel follows a new Middle East Peace Plan, along with those who seek to derail it. Joel’s novels often play off of real-life issues with biblical significance today. He has been interviewed on hundreds of radio and TV shows, including ABC’s “Nightline,” CNN, CNN Headline News, C-SPAN, Fox News, MSNBC, The History Channel, the Rush Limbaugh Show, the Sean Hannity Show, and the Glenn Beck Show. His articles and columns have been published by National Review, FoxNews.com, CNN.com, the Jerusalem Post, World magazine, and the Washington Times, among others. He has been profiled by the New York Times, the Washington Times and the Jerusalem Post. Joel has spoken to audiences and met with religious and government leaders all across the U.S. and Canada and around the world, including Israel, Iraq, Egypt, Jordan, Morocco, the UAE, Turkey, Afghanistan, Russia, Germany, France, Belgium, Italy, India, South Korea, and the Philippines. He has also addressed audiences at the White House and the Pentagon, addressed Members of Congress on Capitol Hill, Members of the Canadian Parliament in Ottawa, and addressed a conference held at the European Union Parliament in Brussels. He is the Founder and Chairman of The Joshua Fund (www.joshuafund.com), a non-profit educational and charitable organization he and his wife launched in 2006 to mobilize Christians to “bless Israel and her neighbors in the name of Jesus, according to Genesis 12:1-3.”
For more about Joel’s latest novel, visit http://www.joelrosenberg.com.
Podcast on Soundcloud at https://soundcloud.com/iamawatchman/ep-145-with-joel-rosenberg
The I Am a Watchman YouTube channel: https://youtube.com/iamawatchman.

Visit I Am A Watchman Ministries at https://iamawatchman.com/

Join us for all our updates by subscribing now by email, Youtube, Vimeo, and now on iHeart Radio.

Now on the Edifi App at https://edifi.app.

2021-09-25
Previous Post: Chip Ingram, Author of I Choose Peace: How to Quiet Your Heart in an Anxious World
Next Post: Choose and Choose Again: The Brave Act of Returning to God’s Love