Why should we study Bible prophecy? Scripture offers at least two essential reasons. The following excerpt from A Study on Bible Prophecy reveals the basis for these reasons.

Quantity: A Large Percentage of the Bible Consists of Prophecy

General: Some record prophecies in a broad or general way – this is appropriate but does reduce the number of prophecies by about 50%.

Quality: The Precision of Bible Prophecy is 100 Percent

Most psychics today speak in very general terms and offer what I call ‘Fortune cookie-type counsel.’ It is important to note that Bible prophecies are specific and measurable. And though many have tried, no one has been able to prove a Bible prophecy to be in error. There are approximately 1000 general prophecies n the Bible; about 900 have come to pass, 895 have been verified to be true. Five are unverifiable at this time, but as they are unverifiable they cannot be used to prove the prophecies are false. Jesus fulfilled more than 120 specific prophecies.

Scholars note the probability of Jesus fulfilling just eight prophecies picked at random is approximately 1 in 10 followed by 157 zeros. These odds approximate the likelihood of blindly picking the one marked silver dollar mixed in with coins two feet deep in an area the size of Texas. Scholars have noted that the probability of Jesus fulfilling just 48 prophecies is 1 in 10 followed by 157 zeros! This is roughly the number of atoms in the universe.

It is not difficult to illustrate the precision of Bible prophecy. Ezekiel 4 provides one example. The prophet Ezekiel wrote at a time in history when his nation, Israel, had fallen to invaders. Many were forced to serve as slaves in Babylon. Ezekiel chapter 4 notes how long it would be before Israel would again be a sovereign and independent nation. Let’s take a look at this prophecy.

Ezekiel chapter 4 records that the prophet was bound on his left and right sides for a certain number of days. The number of days (430) prophetically point to the number of years it would take before Israel would be restored as a nation (Ezek. 4:4-6). To represent the duration of Israel’s and Judah’s judgment, respectively, Ezekiel was bound with cords and lay on his left side for 390 days, and on his right side for 40 days (Ezek. 4:4-8). Again, the 430 days (390 days for Israel plus 40 days for Judah) in Ezek. 4:6 represents 430 years. Jeremiah prophesied that the period of captivity would last exactly 70 years. Historians note that Babylon captured Israel (and took inhabitants away as slaves) in the spring of 606 B.C. and that exiles were allowed to return precisely 70 years later (just as foretold) in the spring of 536 BC.

The fulfillment of Jeremiah’s prophecy of 70 years of exile (Israel not being an independent nation) took place in 536 BC when exiles returned to Jerusalem. However, that still left 360 years of judgment to be served (430 - 70 years = 360 years). Though exiles were allowed to return to Israel, Israel would remain part of the Persian Empire for some years. One might ask: What happens 360 years later? Did Israel become an independent nation at that time (176 BC)?

Both the quantity and quality of Bible prophecy offer important reasons to study it today. All Scripture is God-breathed and useful for today (2 Timothy 3:16-17), including the many prophecies of God’s Word.

[Adapted from A Study on Bible Prophecy. Download the entire book free right now from https://iamawatchman.com/ebooks/.] 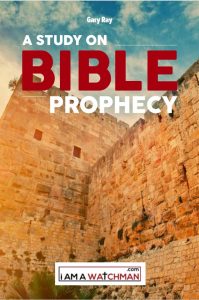